Well there was definitely no sunny day sweeping our clouds away last Saturday. With a 40% chance of showers and a very optimistic attitude, I said let’s go for it, and set up Hudson’s party in our backyard. Silly me, I should have listened to my gut saying it was going to rain. For three weeks I had worked on H’s party, making, baking, and creating things to make his party extra special. My days were filled cutting felt circles, stringing pennant flags, mastering Elmo’s face in buttercream icing, and of course, shopping for all things primary colors.

It rained. And when I say rained, I mean POURED.

What a party. I didn’t know if I should cry or just laugh.

I laughed until the party was over and I was tearing down the pinwheels from the fence posts and they were falling off into my hands, drenched from the rain shower that had completely dissolved them into nothing. We were left with a giant cake completely un cut, an Oscar the Grouch trash game no one played, and a pinata entirely unharmed. There was enough candy left over to give out on Halloween, seven un claimed goldfish, and fourteen loads of laundry from all the beach towels spread all over my carpet, in attempt to protect my floor from everyone’s muddy grassy shoes.

I guess if there is one thing I’ve learned, it’s that no matter how well you plan and put something together, there’s no controlling the weather. 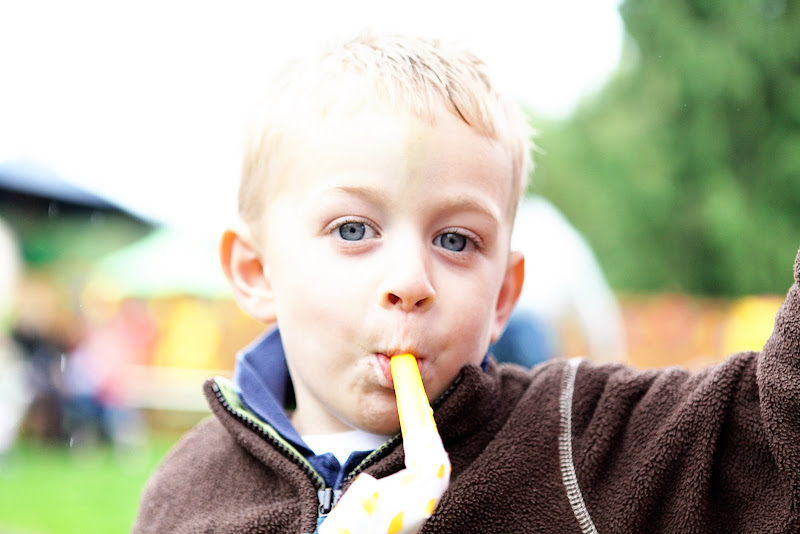